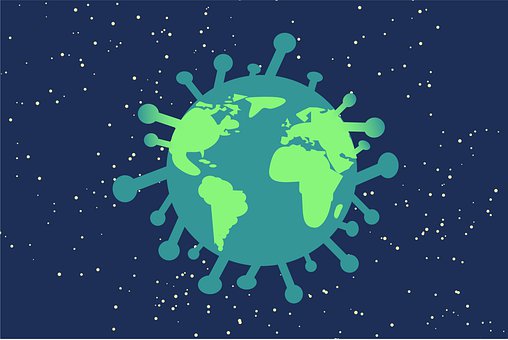 As the number of coronavirus cases swelled in northern Italy, I emailed my friend Ana to make sure she was all right. Ana lives just west of Lombardy, the region that was hardest hit in Italy. Fortunately, she had been self-isolating even before the pandemic because she was writing her thesis, and she and her family were fine. Ana informed me that she saw a political bias in the media’s reporting of the disease, because Italy was said to have a much higher number of fatalities than Germany. She explained that this was due to the fact that Italy included among its fatalities those who had an underlying condition that made the virus fatal, whereas Germany reported only those deaths that were a direct result of Covid-19 with no underlying ailments. Her perception made me think about how Italy’s experience of the virus is portrayed in the US media. We see videos of joyous Italians singing from their balconies and serenading their healthcare workers with guitars and harps. Whole blocks of apartment dwellers unite in song in the face of the medical disaster. We don’t see the same happening in Germany. Is it not happening in Germany, or are we simply having our biases confirmed?

I then wrote to my friend Cathrin in Munich to see how she was doing. Again, thankfully, she and her family were fine. I mentioned the news of hardy Germans resisting the virus and surviving in greater numbers. In response, she sent me an article from The New York Times (April 4, 2020, “A German Exception? Why the Country’s Coronavirus Death Rate is Low”), which provided a host of reasons why Germany is faring better than some other countries. The journalist explained that the German healthcare system is more “robust” and better prepared for a disaster, and that authorities began testing sooner and more frequently, exhibiting a much greater willingness to send people to the hospital and to commit public resources to the problem. The journalist also cited greater trust in government among Germans and therefore more compliance with lockdown measures. When we compare these reactions to what happened in the US, striking differences emerge. But it would seem there is nothing in the German character per se that lowers the death rate. Instead, our preconceived notions color our perspective.

What about China, where it all began? The White House insisted on calling the disease the Chinese virus, lest we forget who to blame. Meanwhile, Chinese authorities point out that Westerners criticized the severe lockdown measures in Wuhan, emphasizing that only a totalitarian government could have such control over its people. But when San Francisco imposed a similar ban, that was depicted as just good public health policy.

I also checked on my friends in France, who are all well. The elderly mother of the family I know wrote me to say that she had read about the total chaos and huge number of cases in New York, so she was worried about me. This situation was a reversal of the usual assumption that French countryfolk like my friends are a bit backward and unsophisticated, nothing like the shining example of progress and modernity that is New York City. My own reaction was surprise at the severity of measures taken in France to combat the virus: No one may go beyond one kilometer from their house, people must download and fill out a certificate stating a valid reason why they are out driving on the roads, to name but two. As a cultural aside, a friend from the Alsace region said that French people were stockpiling rice and pasta there, not toilet paper.

A prevalent American view of Mexicans is that they are carefree and disorganized. We might expect the virus to run rampant in Mexico, with no comprehensive plan to contain it and address the crisis. Indeed, the US press talks of Mexican President López Obrador not taking the virus seriously and not imposing nationwide self-isolation. Reuters quotes him as saying, “If I was worried…I would tell you, because I always tell the truth.” This state of affairs calls to mind another president farther north, leading a country that is nevertheless more industrialized and considered to be highly advanced. Similarly, regional governors and local officials in Mexico are taking the lead in telling Mexicans to stay home. So these failings would appear to stem from López Obrador’s personal and economic convictions, rather than from any innate national inability to handle crises.

My point is not that the media is biased or that it reinforces our preconceived notions, although such views may have validity. My point is that we have certain expectations and opinions of people that we should occasionally examine in the light of facts. I do think countries have their own national “traits” in some respects, and it’s always fun to indulge in anecdotes about horrible British cooking or scamming Nigerian princes. But with the coronavirus, we share a common suffering, everywhere around the world.